Description of the E182CC tube 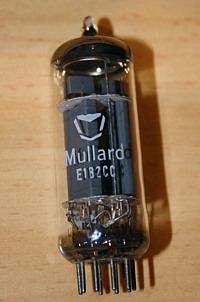 Perhaps you had the feeling before. Like remembering when some specific tubes were easily available, and cheap, and nobody wanted them, and you thought all those people could not be wrong. However you were not observing an attitude, but market rules of supply and demand. Now interestingly, old supply will not always go down. It can also go up, when larger surplus stocks are discovered and sold too quick by unknowing sellers. When you are investing in in old stock, that is your chance. But while I (re) write this page in 2019, I think chances on this are now very low. But we did see it until 2002 or so.

I think most NOS supplies have now been discovered. People are either sitting on it, or selling only when they need. So supply is low, but demand will go up an up each year. Such a situation can cause a sharp rise of the price. The only thing that needs to happen, demand rises from low to average, and we will immediately see how good or bad the supply situation is. The curious thing is, almost nobody sees a reason so buy tubes when prices are low, just to put them away for later. Yet, such tubes with a relatively low price, that's a tube with the best potential, provided it is an Audio tube. I think E182CC has that profile.

The first computer which was actually used in a practical application, was the "Colossos" in Bletchley park, at the end of WW2, used to decode encrypted messages. It's input was a paper roll of tape, with the message. It used the brute force cracking method. Meaning it just used all possible passwords. So speed is crucial. That could not be done any more with relays. Colossos would stop when the result contains known words.

Do not under estimate what a relay computer can do. They could do anything, as they were programmable. Just they were huge size, and slow. So using tubes was a natural step, and soon after WW2, development of tube based computers began.

E182CC was never made for many decades like 6SN7 or ECC81. This tube for computer applications was made for a short period only. Demand was there, since already one computer already used a great quantity of them. If those reach the end of (computer) lifetime, that means you needed to replace all tubes in the whole computer, and actually most would be fine still. Of course nobody seriously would test a few hundred tubes, and try to put back the good tubes into the computer to save money. If one of those would fail, the whole computer would perhaps fail, and you had to re-tube (re-test) everything again. So in regularly intervals they used to exchange all tubes, no matter if they were still good. That explains to me the good supply of used tubes, which are still above 85% or so.

What is a computer tube? Well it's function was only to replace the relays in early relay based computers. Wiring in cable trees is quite capacitive. Yet such a tube must be able to switch such a load very fast. The only answer to that is a tube with low impedance and good impulse current capability. Since these were only for on/off applications, linearity has second priority. Though linearity was not made "bad" on purpose of course, linearity of computer tubes is a not the best of all. Something similar applies for 6C33, which is a power supply regulator tube. Moreover, high gain is not so incredible important. All of this points into the direction of triodes, which are more reliable too, because they can not have a bad screen grid.

A typical driver tube like 6SN7 would actually be not so bad, but it's saturation voltage is not so low as with E182CC.

So what makes a nice computer switching tube:

Another advantage of triodes is, you can put two of them in a noval bulb.

Now comes the question, can this tube be used for audio?

The answer is a firm Yes, but! The "but" is simply a tube like this is not suited for low microphonics, low noise, low hum, and low anything applications. BUT.... it is an wonderful l driver tube, or small signal output tube. In such applications the E182CC works nicely without hum and noise. Another "but" is with the tube curves, as these have a an area where they are sagged, and you should not try operate the tube there for audio. You automatically stay out of that range, when you use the tube as it was intended for computers. That is: high plate dissipation, high current, and not so high voltage. If you do that, it becomes a wonderful audio tube, and the audio community has just started to discover this!

Applications are when you need a strong and low impedance signal of not so high AC Voltage: 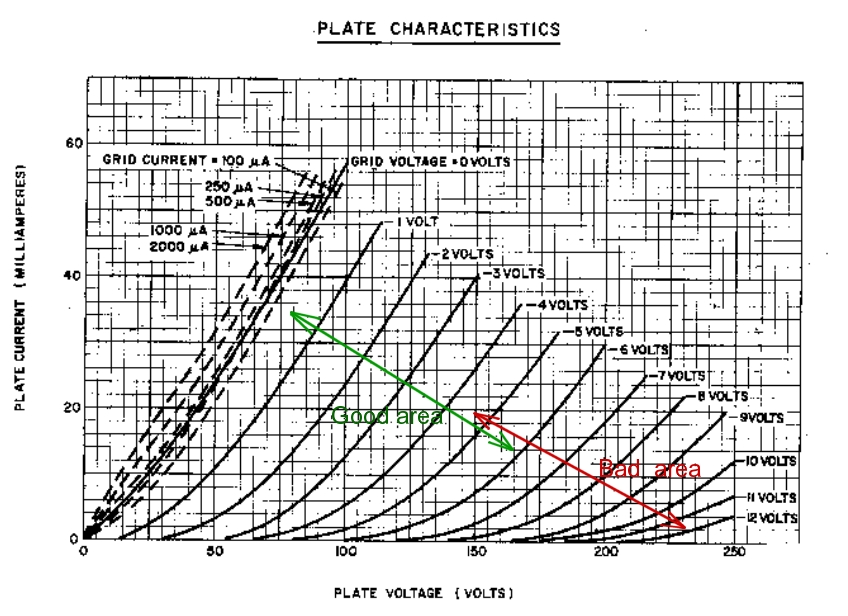 ... I use a E182CC as a input tube for my SE EL34 amp and absolutely love the sound. I have tried 5687s and 7044s but prefer by far the E182CC/7119. Try one and see what you think. If we only used tubes that were "recommended" for audio we would be ignoring some great sounding tubes. (GAVIN on http://www.diyaudio.com)

... I used the Mullard E182CC and suggest only tubes by Mullard, JAN-Philips or Siemens in the output. (Andrea Cuffioli)