Nobody absolutely needs them, but everybody really wants them ;)

This is a bit of an ironical page, but there is some truth in it as well. This is about the prices of NOS tubes. I am interested in tubes as long as I can remember, but the commercial activities are only since 1995. So I have missed the great old days when you could get wagon loads for almost nothing. I must say I wasn't really aware of the closing of the east European factories, though I had the right age at that moment, and it happened just close to where I lived. I could have bought as many Tesla ECC803S and Winged-C EL34 as I needed, and prices were just two Euro or so, per 1000. It passed by, and when we all realized, it was already over. We have all been stupid. When those factories were well and alive, their products were called 'low class stuff', and nobody needed low class stuff. Now they're gone, these products are a 'must have' for any collector. Cheap tubes, that were said by experts to sound cheap in those days, have now turned into rare tubes. Rare tubes are expensive, and experts now say, expensive tubes are not expensive without reason. So that's how it happened.

On the other hand, you need to make such decisions when (your own) emotions are against you. So you think, O god, I can buy 1000's of pieces, but will they ever be needed, and will I ever sell it. So it seems like a good deal on bad stuff, and that's not a good deal at all. Same as a bad deal on good stuff is not what you want. Then when you realize, this was a good deal on good stuff, you are already too late.

What are NOS tubes?

These are New Old Stock tubes. The best buy is always 'prime quality'. You hardly get that anymore today. That means original factory packs of 50 or 100 pcs, and you're the first to open it. Sometimes it still happens, but when you need to pay 5 or 30 Euro per tube, you think twice before buying many packs. At 30 Euro that is 3000 Euro. So one way or another, the golden days of tube buying are gone. Still the remaining stocks, they are unreplaceable materials. The number of tube amplifiers is growing every year, and unavoidable the number of NOS tubes is getting lower each year. This will drive the markets into very strange situations.

Also, tubes are subject to fashion. There were moments where great tubes like C3g where considered not a real tube, because it has a metal can. They would sell in closed 50pcs boxes for 5 Euro at such a box, on palettes. Today, people are fighting to get the expensive C3g-S Version.

Here is an example with 12SX7 tubes, that I went through myself, with no understanding how this market works. Every now and then, I would visit this shop company Quakkelstein in Holland. Don't bother to go there, the shop is gone, the owner is retired many years ago. It was just a tiny shop, and he was all ways expensive, but a few blocks away they had huge store house. In 1993 I was there, and the man had a few RCA 12SX7 in the shelf, for 2 Euro each. I bought 20pcs, and he had said he had more if needed. I asked how many? He said: 30.000 pcs. Sure he would give a good deal on that. I don't know what that could have been, but he probably let's say 50 cents for one, it's still 15.000 Euro. So he would gladly have taken that much money, and probably give it for 3000 Euro as well. These were in 1941 brownish boxes, but tubes came out crispy like new. There was a cellophane tape around some of them, that went dark brown. Never opened before. Mint items with spiral heaters. Test values are a dream.

And then I made a big mistake, I asked the 'experts'. What a foolish thing to do, but I was new in this business. So I though it was clever. They all said no no, no, no! Not that 'SX', it is a military tube, nobody wants to have military tubes. I had the samples in my drawers for several years. Then II put up them up for sale, to see if somebody wants them. Already on the jacmusic website by then. Well that was negative. They were impossible to sell for more than 5 US$. So the 'experts' were right. I remembered their wise words: 12SN7 is good, but 12SX7 is not good. The experts had spoken, I believed the bullshit, and let go this fantastic opportunity.

Today, now 25 years later, people are searching specially for 12SX7, like lemmings. I see them go for 55 Euro now in Ebay. By itself a fair price, and enough room for increase. Wait 10 years and you pay a multiple. So what profit did I miss in 30.000 pcs. 25 Euro per piece? Or more? Those 'experts' are for the birds. You have to make decisions with NOS, and no, no and no again, it has nothing to do with the shape of the getter, or the small printing. That counts only for the moment, for today. But future price depends exclusively on availability and market demand. So when you are sure, supply will go down and demand will go up, you just can't go wrong. Belief, fear, or babble about sound or getter shape, is not your best advisor. Even really useless tubes, like High voltage TV rectifier diodes, go up in price. Around 2010, I was offered DY86 diodes in boxes of 100, on several 2 meter high wooden palettes, for FREE, because the man needed the space in his stock room, and the local scrap metal company wanted money for disposing them. So I looked on Ebay, and I saw people having difficulties to sell even a five-pack for 2 Euro. I still would regard those no good business, but prices at least are 5 Euro for one at the moment, which is quite an increase in percent.

These are my long term observations with NOS Tubes: 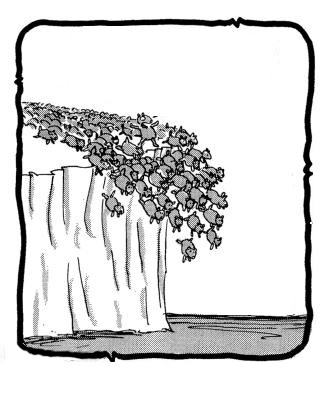 Phase1. The price doesn't go up at all, as long as there is one place on earth where you can still get them.

In some cases, this single place is a large, but drying up stock. This single source can be feeding several Ebay sellers, and the 'experts' believe they are looking at many sources. So the logic can even be understood. The crowd says you can easily buy them, and they all know a few Ebay dealers, and somebody who has a few. So everybody is relaxed and feels good about it.

Phase2. When this one source has dried up, Ebay sellers stop shouting. Still prices raise very slowly. There is a memory effect, saying price is at certain level, and that is how it has to be. So prices creep up slowly only, though there is no supply, and you better buy all you can get at that moment. So mass behavior is in an unlogical state here.

Phase3. Now comes some guy with a big mouth, or just a stupid person. He just offers his -lets say- NOS ECC803S Telefunken for 4000 Euro for a pair on Ebay. He won't sell it, but other sellers see this, and feel they made a big mistakes selling TFK <> ECC803 for low prices. Suddenly prices can start to rocket, and within a few months prices can double.

Phase4. The investment effect. Phase 3 was registered by those that have potentially something for sale, but now hold back what they have. They are only prepared to sell if they get definitely too much. After some years, we find our self with final prices, usually quite high.

In this light you can see some of the goodies that are still for sale now. Like those here:

This, and many other interesting things, is the strange world of NOS tubes :)

Portrait of a tube